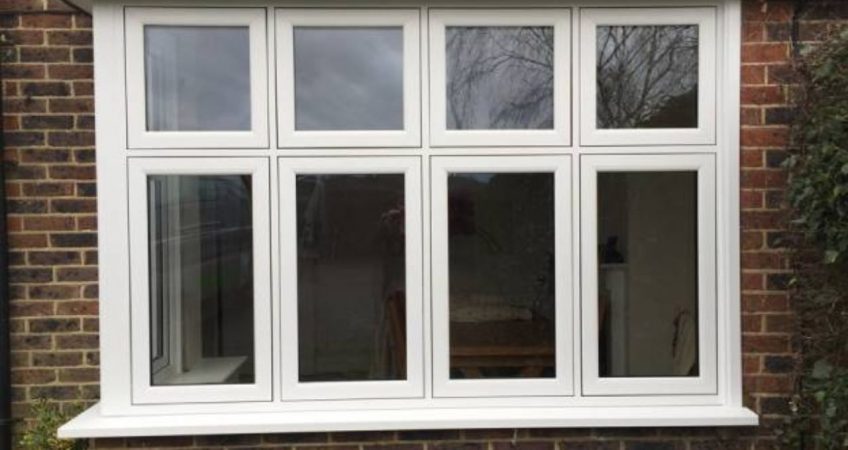 There’s a reason why windows are deemed as one of the most important components of our houses. It’s responsible for ventilation i.e. keeping air out or in, helps regulate temperature as well as noise, protect our houses from moisture, and of course, illuminate or darken our house’s interior.

Let’s also not forget about the fact that windows add flair into our homes or can act as an accent to its aesthetic. Indeed, a lot of houses nowadays are designed to have both functional and aesthetically pleasing windows and one of them is the flush uPVC windows.

Let’s talk about them in this article. Here is the history of flush uPVC windows.

Did you know that flush windows have been in use since the early 19th century? That’s quite a long history, right? Some many styles or aesthetics have been utilized throughout the years and that includes Georgian, Edwardian, and Victorian styles of homes.

That’s just further testament to how versatile and functional flush windows are. Using flush uPVC (or PVC) windows is the perfect ruse for you to have that authentic timber-like look for your homes. Not only that but it’s also proven environmental-friendly building material.

The PVC: A Timeline

We can’t talk about the history of the flush uPVC window without talking about its primary component, the PVC. While the uPVC or the PVCu have been around and improved so that we may utilize it for over 50 years now, PVC has been around or at least discovered since the early 19th century.

During the early 19th century around 1839 Henri Victor Regnault, a French chemist discovered PVC. A flask with vinyl chloride was actually left exposed in daylight and so it transformed into a white hard substance that in turn, was most likely the first time PVC cam to be.

The thing is Regnault didn’t bother to patent the formation at that time. Later on, another chemist, German Eugen Baumann made the same discovery but didn’t do much about it either.

Fast forward into the 20th century, Friedrich Klatte another German chemist realized that PVC had a lot of potentials. But at that time, PVC was hard, brittle, and inflexible so back then it was hard to find some use for it.

Not until Waldo Semon as well as the B.F. Goodrich Company made it flexible by adding some additives to it and so it became useful and used for a variety of applications. It also then became easier to process.

In 1935, uPVC came into the picture. uPVC is unique and that there are no longer any additives added into the primary component to make it flexible. Not long and in 1959 a window made of uPVC was first commercially made available in Germany.

In the late 1970s, the use of uPVC was gaining widespread attention. The Germans introduced it to the UK market. It was then used for tilt and turn windows. If you’re confused about it the terms uPVC and PVCU are interchangeable, it’s just a matter of where it is used that the pronunciation or how it’s written is either PVCU or uPVC.

In the 1980s, uPVC windows, as well as doors, really took off. It was huge in Britain and by the mid-80s uPVC accounted for about 75% of the windows sold all over to homeowners each year.

As mentioned, the uPVC material has a lot of progress ever since it was introduced 50 years ago. By the start of the new millennium uPVC windows are a lot more secured and they are now softer and became available in a lot of shapes.

This is how it became more ideal as a material for windows as well as doors. Not only is it reliable but it is aesthetically pleasing at the same time due to its flexibility and we mean that in a literal and figurative sense both.

By 2010, uPVC even became revolutionized. Due to extrusion technology, it can now be utilized to match traditional styles of windows. It’s now made with life-like wood grains, decorative sliding sashes, elegant flush finishes, enduring colors, timber effect, and many more.

You can do whatever you want with it and that added a lot of value to flush uPVC windows. There is now a limitless range of design opportunities for homeowners, architects, builders, installers, and suppliers.

And that’s how flush UPVC windows have been so prevalent in homes nowadays.

Flush uPVC windows offer maximum temperature control and so it is quite helpful when it comes to saving energy in your home. It can achieve an energy rating of A+ and so you won’t suffer excessive heat loss when needed as it offers maximum thermal retention.

It will definitely help in reducing that utility bill.

Windows are access to many things and so it can also be a way where wrongdoers can break into. And so, we need to make sure that our windows protect us too. Flush uPVC windows provide good security.

Just make sure that it’s got the latest standards so it will protect your home and your loved ones effectively.

There’s no doubt about it, one of the most appealing aspects of flush uPVC windows is that it is aesthetically pleasing and flexible. It comes in multiple colors and at the same time window designs.

It’s also quite convenient in terms of its design and easy to open or close when needed.

At the Right Price

Flush uPVC windows can be yours at a good price point. Depending on the components that you choose to go with it, it can be a practical choice. At the very least, it will always yield great value for your money.

What is a Window Sash and Why is it Important?

What is the Purpose of a Sash Window?

Why Are Aluminium Windows Good For Homes?

Are Aluminum-Clad Windows Worth The Purchase?

From receiving my quotation to the completion of my window installation, Classic was a pleasure to deal with. Thanks guys!

I replaced my front door with Classic’s Composite door. It was 30% cheaper than other quotes I received. Delighted!

Classic supplied an outstanding product, as detailed on my quotation and after shopping around I definitely found the best value.

A very professional installation. I would have no hesitation in recommending Classic to friends and family for a hassle free window replacement job.

A great quality product and a friendly service. I would recommend Classic to any of my friends.

I could not believe the difference in price when getting quotes and I am delighted that I choose Classic. I wouldn’t recommenced anyone else.

My wife and I are delighted we choose to go ahead with Classic window replacements. A truly great addition to our home and security peace of mind.

The quote made me happy and my wife was delighted with our new windows. Thanks Classic, you made things really easy.

A job really well done!! Classic afforded a very courteous and friendly experience. My wife and are couldn’t be happier.

A really professional company with experienced staff in dealing with people. Classic offers great value comparing some of the other quotations I received.

Find us on Internet